In his mid-thirties, Aaron led a pretty normal life - he was married with kids, an active runner, and the breadwinner of his family. Then one day, all of that changed. A mysterious pain appeared in his foot, and quickly led to a string of doctor visits, incurable diagnoses, painful injections, and talks of surgeries. Within a span of six months, Aaron started using a scooter for mobility. Join us as Aaron shares his long journey of physical pain, anxiety, depression, recovery, and hope. 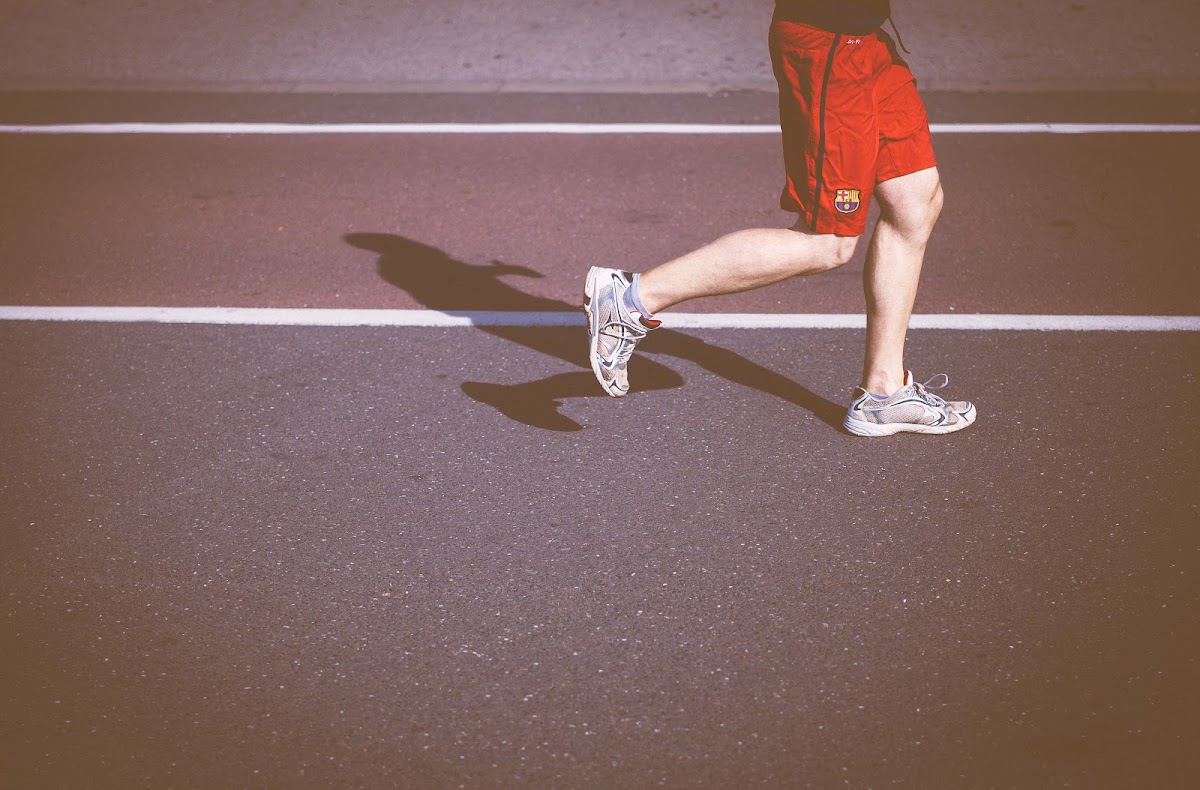 Here’s an excerpt from the episode:

One day when I was running, I just had this very sharp pain in my left foot. You know, I stopped running because it was pretty sharp, and I kind of limped back home. And at first, things were going well… it was getting better. But then, I had this one weekend where I had to be on my feet all weekend long, and it just went downhill from there.

I don’t know how many doctors I ended up seeing over time, because at first it was just A doctor. But then it was like, a month in, this isn’t getting any better. So eventually I ended up getting an MRI of my foot, and it showed that I had a Morton’s neuroma, which basically is scar tissue that forms around your nerve from rubbing over time. So it creates this very painful situation. And typically, there’a a standard medical set of things you do to deal with that… so I started going down that path. I had 5 steroid injections, those didn’t help. The next thing you do after the injections is you have to do a surgery where they cut the nerve out of your foot. But it actually has this risk where it could form what’s called a stump neuroma, which is worse than the original problem, and it has, like, a 15% failure rate. I really didn’t want to do that option, so I went with this other option where they inject alcohol into the space and it kills the nerve off with alcohol. They’re called sclerosing shots. I had 7 of those over a month, or something. You know, those are designed to kill the nerve - to damage it.

While this was happening, I started getting pain in my right foot, and eventually in my ankles. And so the doctor who gave me the injections said “well I think you might have something else going on, you might have tarsal tunnel pain.” So they decided to do a nerve conductivity test … so that test said “yes, you have tarsal tunnel.” So I had some steroid injections into my ankle. That didn’t work.


The pain was starting to spread up my legs, so I got a second opinion from another doctor, who said I had RSD, which is reflex sympathetic dystrophy… It’s a terrible thing, and so it was a very frightening diagnosis. So I went into this clinic where I had to have a sympathetic nerve block, and all these things.

During this time, I was using a scooter for mobility … it happened over a span of, like, six months … I was 35 or so at the time.


Initially I was just mortified that I couldn’t run, because I like running, and that was very depressing. But it took over every aspect of my life. Honestly, the hardest part of it was the lack of sleep. I couldn’t sleep at night, because if anything touched my foot or my ankle, it would just be on fire. The pain was just out of control.


To hear the rest of Aaron's story, listen to the full episode above.

If you enjoyed this podcast, share the ♥
Try Curable Now!
Curable is an online program that uses proven mindbody techniques to reduce chronic pain.