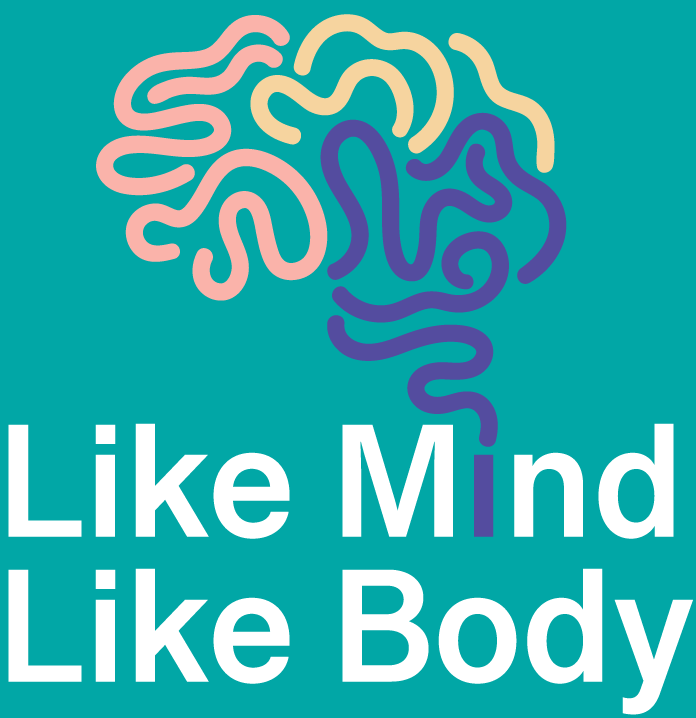 For 20 years, Stefanie Reyes has navigated life with IBS, migraines, fibromyalgia, panic attacks, anxiety, and depression. Today, she’s optimistic that the next 20 years will look very different. After living life at what she calls “30% of herself” for two decades, Stefanie shares her hopes and plans for a future with less fear, more joy, and radical authenticity.

NOTE: This episode contains brief reference to thoughts of self-harm from 17:00-17:40

When did your chronic symptoms first begin?

I've had chronic symptoms for nearly 20 years. I’m in my thirties now, so it's been quite a while - ever since I started college on my own, when I was like 18 or 19.

I'm a very anxious person with depression, and pain resonated itself in various forms, starting out with irritable bowel [syndrome]. That turned into diverticulosis and migraines and panic attacks, and later on I developed what the doctors call fibromyalgia. All of those chronic issues that the doctors label when they don't really see that there's a structural issue going on. I did go through MRIs and colonoscopies and all of the stuff that you can think of to test out and figure out what in the world is causing all of this pain.

Even up to last year they were turning into far worse symptoms. All of a sudden, all at once, I had appendicitis, bacterial infection, ulcers and panic attacks getting into a whole super insane level. Adding symptoms that I've never experienced before with my panic attacks. And the doctors would come back saying, “It's your stress and anxiety. You have to figure this out.”

I’ve tried all sorts of medications, even the odd things like getting a daith piercing for migraines and things like that. Anything you can think of, I've tried it. So I've been very much a pain sufferer for a really long time now it feels like it. So much so that I just can't remember the time before the pain.

So when you’re going through so much pain, you become an avid researcher - almost like you can become a detective because you are on the search for answers. And if you're like me you're willing to try anything and everything.

It gets to a point where you have to keep trying things and Facebook starts to learn what your searches are and what you're looking for. So I first saw an ad on Facebook about a year ago. But because I've tried so many different things, when I first saw it and I went to the website, I thought, “Okay it's an app that helps you with pain but it’s just an app. So is it just meditation?” I wasn't quite sure and very, very apprehensive, even though I have tried all these different things. But it’s because I’ve tried so many different things that I thought, “Okay an app’s not going to help me. I’ve tried different apps, I’ve tried meditation stuff and it doesn't work.”

So I kind of ignored it for a good year, until those bad episodes near the end of last year where it was so much that I had to take a little bit of time off of work. And that is so unheard of for me, but I'm a manager and one of the departments I’m head of is HR. I had to sit there and pretend that I've got my stuff together for other people to help them get their stuff together and I just couldn't do it for a while.

Then about two months ago, I finally gave in. I said, “Okay I’ll try the app. Why not? I might as well just give it a go.” When I downloaded the app I found the section called “Ask a Therapist” and I just started listening to some of those episodes. I remember one of the first episodes where the doctor was talking someone through breathing into his pain and seeing the difference between the structural and the plastic. And if you focus on your pain, what's it doing? The guy said, “It's going away!” And I thought, “No way.”

So I binged a few of those and then when I did start to have a little pain, I tried it myself. I said, “Okay I’ll just focus and breathe through it.” And it did, the pain kind of moved to another place, just like they were saying! From that moment on I started using the app.


View All Episodes
Recommendations for you... 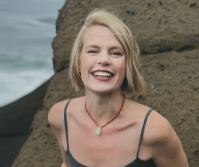 Nikki, a former hairstylist and esthetician, is no stranger to pain. After working on her feet for hours a day, she endured excruciating symptoms in her shoulders, neck, hands, and wrists. Her search for relief spanned years, and proved to be fruitless. Then one day, she saw an ad for Curable - an app that would transform her outlook on pain and her relationship to her body in ways she never imagined.
Listen to Her Story 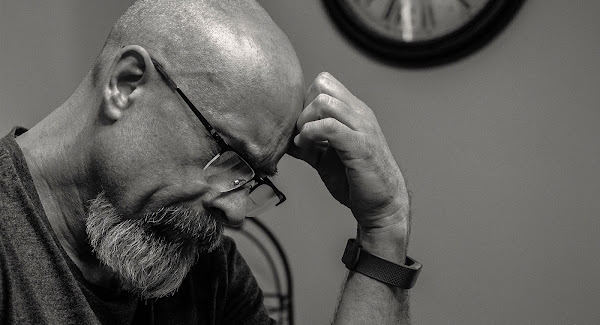 How Can I Tell If My Brain Is Causing My Pain?

Most chronic pain is caused by pain circuits in the brain that get stuck. But this can be hard to accept because pain feels like it's coming from our bodies. Co-hosts Alan Gordon, LCSW and Alon Ziv discuss how to determine if your pain is caused by your brain, and explain why it's so important to embrace this belief.
Listen to the Episode

PODCAST
Tell Me About Your Pain 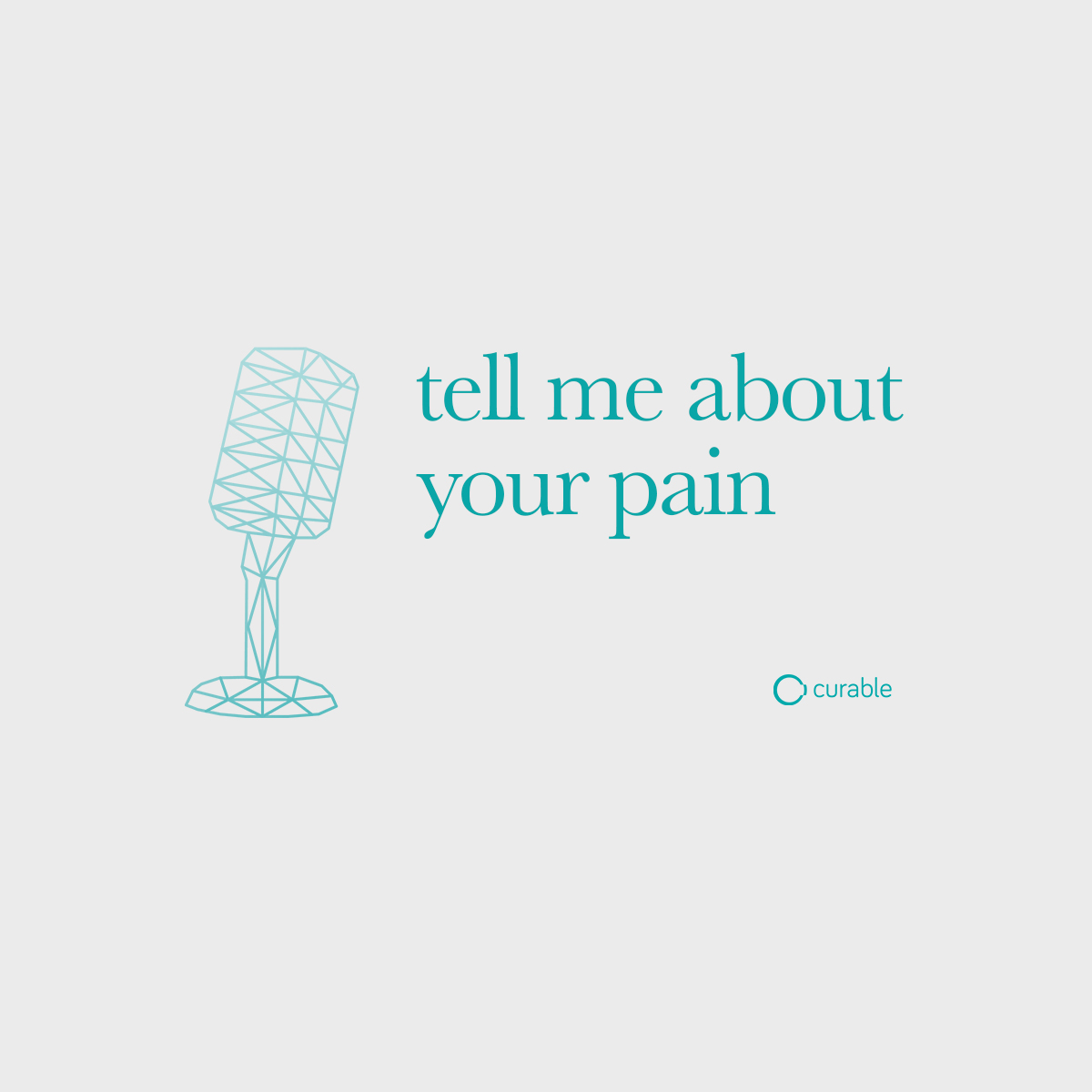 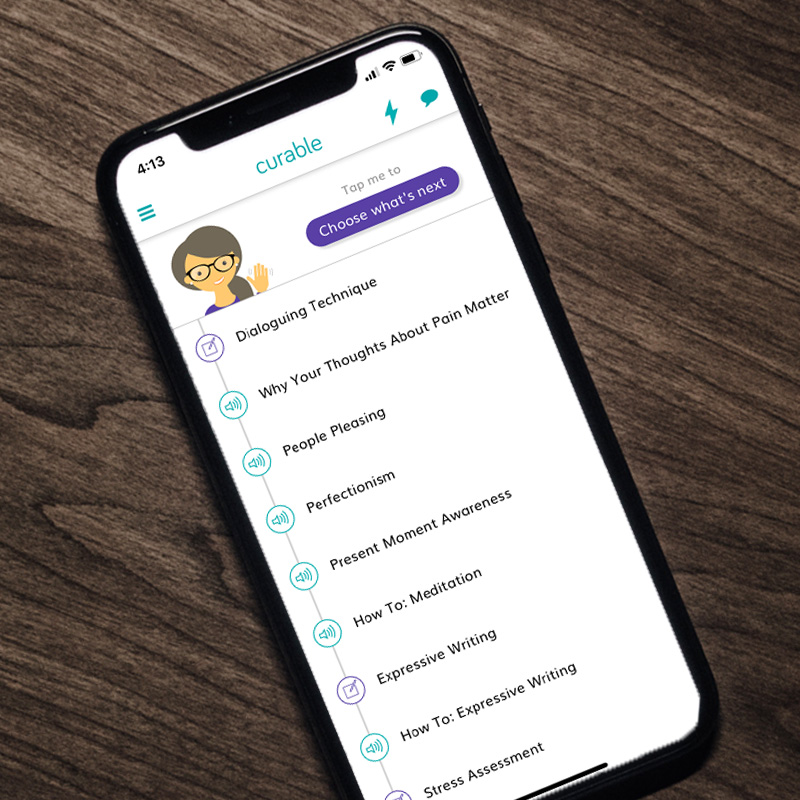